Aromatherapy uses essential oils (concentrated extracts from blossoms, roots, herbs, leaves, seeds) to promote physical, emotional and spiritual wellness. The oils are most often used by inhaling them or by massaging into the skin.

Essential oils are extracted one of two ways: either by steam distillation or expression, or pressing. Distillation is the most prominent method used to extract aromatherapy oils, however. This technique involves steaming the plant matter until it breaks down. The byproduct of this breakdown phase is the plant’s fragrant oil, which is cooled, separated from the water and finally filtered into its pure essential oil.

When the essential oil is extracted via the expression method, it is actually pressed from the plant source the same way lemon juice is pressed from a lemon.

If you would like to apply aromatherapy in our INUA cabins, we recommend you to read more about our steam saunas and aromatherapy stones. 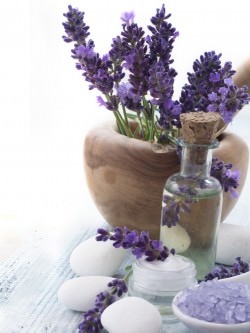 There are a wide number of essential oils available, each with its own healing properties: 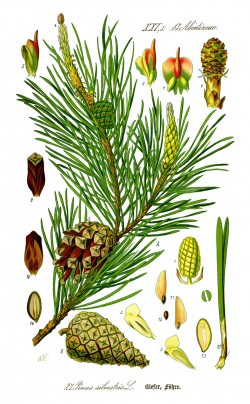 The use of botanicals as healing agents is a long-standing practice throughout human history. In fact, essential oils and other botanicals have been used in wellness practices as early as at least 5,000 years ago in a number of ancient civilizations including the Chinese, Indians, Egyptians, Greeks, and Romans.

Oils are described by Dioscorides (40-90 A.D.), along with beliefs of the time regarding their healing properties, in his De Materia Medica, written in the first century. Renowned writers from the Middle East such as Persian polymath Ibn Sīnā (980–1037 A.D.) and Islamic botanist and physician Ibn al-Baitair (1197–1248 A.D.) promoted the use of herbs and essential oils. In 12th-century Germany, Saint Hildegard of Bingen (1098-1179 A.D.) used herbs and oils in her practice and gave valuable insight into medieval medicine with her works, including Physica, a 200-chapter chronicling of plants and their uses.

The concept of aromatherapy was first mooted by a small number of European scientists and doctors, in about 1907. In 1937, the word first appeared in print in a French book on the subject: Aromathérapie: Les Huiles Essentielles, Hormones Végétales by René-Maurice Gattefossé (1881-1950), a chemist. An English version was published in 1993. In 1910, Gattefossé burned a hand very badly and later claimed he treated it effectively with lavender oil. A French surgeon, Jean Valnet (1920-1995), pioneered the medicinal uses of essential oils, which he used as antiseptics in the treatment of wounded soldiers during World War II.

There has been an ample body of research conducted on the effects of odors and the human brain and emotions. Some studies have tested the impact of essential oils on mood, alertness and mental stress. Other studies have examined the effects on task performance, reaction time and sexual proclivity. These studies suggest aromatherapy may reduce pain, depression and anxiety.

Find out more about the result of research studies on aromatherapy under our scientific reference section.

Read more about the history of essential oils
Close